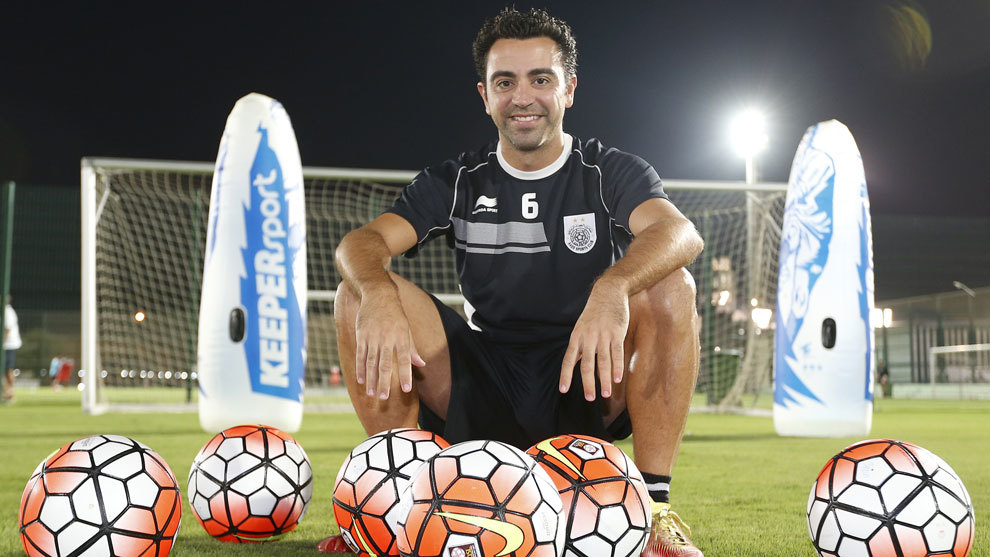 Xavi believes he is now ready to take up the role of Barcelona’s permanent manager but has stressed “there can’t be anyone toxic around the dressing room” if he is appointed in the near future.

The 40-year-old spent the first 18 years of his playing career at Camp Nou, racking up over 700 appearances for the club.

The ex-Spain international won 25 trophies during his time at Barca – including eight La Liga titles and four Champions League crowns – and was widely revered as one of the finest midfielders of his generation.

He also pulled the strings in the middle of the park for La Roja during their run to three consecutive major tournament wins between 2008 and 2012, with European Championships victories coming either side of a first-ever World Cup success.

Xavi left Barca to undertake a new challenge in Qatar with Al Saad in 2015, where he spent four years as a player before becoming their new head coach.

The Blaugrana were eager to bring in a club legend to replace Ernesto Valverde in the Camp Nou hotseat when the 56-year-old was sacked on January 13, but Quique Setien was eventually brought in from Real Betis instead.

Xavi confirmed that he had received an offer from Barca, but insisted that it was still far too early in his managerial career for him to accept the position.

He has now performed a U-turn on that stance, admitting he is “very excited” over the prospect of returning to his old stomping ground during an interview with Spanish newspaper La Vanguardia.

“I am clear that I want to return to Barcelona, I am very excited,” Xavi began. “Now that I have seen myself coaching I think I can bring things to the players.

“But I made it clear to them that I saw myself in a project that started from zero and in which the decision-making was mine.”

The Al Saad boss added on his decision to reject Barca earlier this year: “I have no problem: I don’t hide, I don’t take it back.

“I would like to work together with people in whom I have confidence, with whom there is loyalty and who are very valid people.

“There can’t be anyone toxic around the dressing room.”

For now, Setien remains in charge of first-team affairs, but he has done little to quell the scepticism over his credentials during his first two months in Catalonia.

Barca are top of La Liga and through to the last 16 of the Champions League, but they are lacking the firepower of previous years amid an injury crisis which has seen Luis Suarez and Ousmane Dembele sidelined for significant periods.

The reigning Spanish champions are expected to strengthen in the summer transfer window, with Paris Saint-Germain superstar Neymar being touted for a return to Camp Nou once again.

However, Xavi is not sure that such a deal will be feasible, and he sees Borussia Dortmund winger Jadon Sancho and Bayern Munich star Serge Gnabry as ideal alternative targets.

“I don’t know if Neymar would fit in due to the social issue, but in football terms, I have no doubts it would be a spectacular signing,” he said.

“Allegri called me and said everyone was already there. When I arrived half an hour late on the training field, everyone said: ‘oh, we’re getting presents!’ I ended up buying headphones for the boys.”

My Life in Tech: Delali Attiogbe Attipoe on steering the ship at biotech startup, 54gene

Trump vs Twitter: US President threatens to close down social media