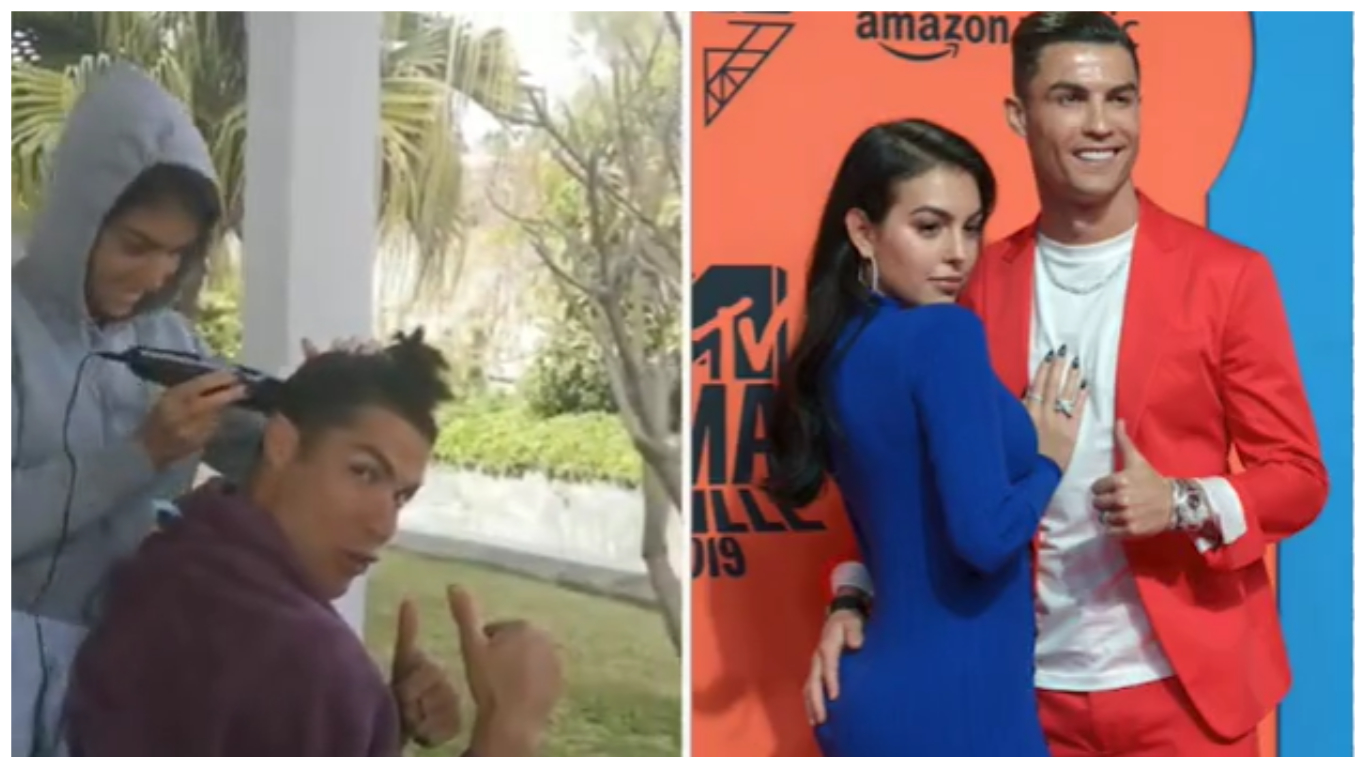 Cristiano Ronaldo is the latest player to undergo a haircut during lockdown, with his girlfriend Georgina Rodriguez taking up the clippers to keep the superstar looking stylish.

The Juventus talisman has recently sported a top-knot this season, but may be about to debut an entirely new look after uploading a video of his model partner stepping up to the mark.

And the five-time Ballon d’Or winner couldn’t resist his infamous celebration cry during the short clip, which was captioned ‘stay home and keep stylish’.

Ronaldo has regularly updated his 210 million followers on Instagram about his recent activities, with football having been indefinitely suspended due to the coronavirus crisis.

Without being able to visit his preferred barber, Ronaldo was forced to rely on his girlfriend to give him an isolation makeover – a trend which many footballers and celebrities have been doing.

The video shows Ronaldo sitting in a chair whilst the 26-year-old Georgina attempts to tackle the forward’s hair from behind.

Despite Ronaldo pulling a nervous expression during the trim – the former Real Madrid and Manchester United superstar appeared in high spirits while entertaining the camera.

Ronaldo’s partner Georgina is not a complete novice and knows a thing or two about working in the barber industry as she is the manager of the ‘Insparya’ hair transplant clinic in Madrid, which launched last year – the Juventus star’s latest business venture.

Ronaldo and Rodriguez were first snapped on a string of dates in late 2016, when the Portuguese great was plying his trade in La Liga.

Georgina has since claimed that her first meeting with Ronaldo was ‘love at first sight.’

And Ronaldo has earned huge praise from his fans recently after contributing to Juventus’ attempts to cut costs during the escalating coronavirus pandemic.

The 35-year-old has agreed to lose £3.45million of his exorbitant salary, but is unlikely to notice the hit with the wideman on course to take his career earnings into the billions this year.