The presidency Thursday night shared a photo of President Muhammadu Buhari “at work”.

Bashir Ahmad, Personal Assistant to the President on New Media, shared the image on Twitter.

He captioned it “President Buhari still at work”.

It has triggered several reactions from Twitter users who are insisting that Buhari addresses the nation.

The Nigerian government claims Buhari is in good condition but critics disagree.

They argue that news that his Chief of Staff, Abba Kyari, tested positive to the deadly disease puts the president at risk.

However, more cases of coronavirus have been reported in Nigeria.

“Of the 14, 6 were detected on a vessel, 3 are returning travellers into Nigeria & 1 is close contact of a confirmed case.” 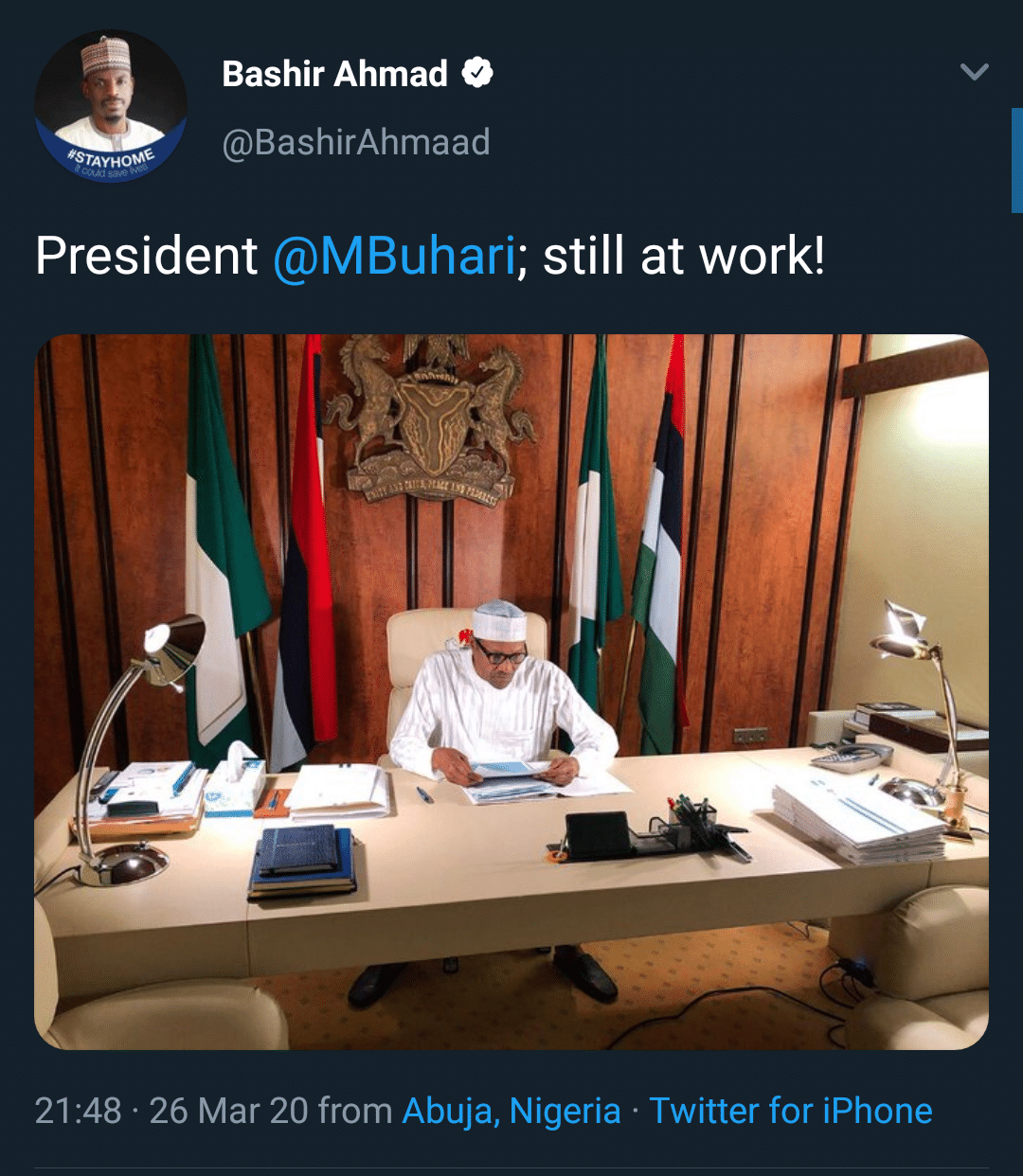 Related Topics:buhariCoronavirusCovid-19FeaturedNewsNigeriaTop Headlines
Up Next