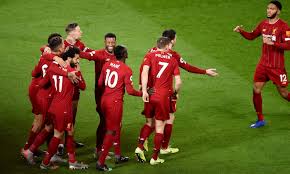 Captains of all 20 Premier League clubs have set up a WhatsApp group to come together to battle against plans to force top-flight stars into significant wage cuts, according to reports.

Players are said to be furious over the proposals to force them into accepting a proposed 30 per cent reduction in wages after the Premier League met the Professional Footballers’ Association on Saturday.

But their revolt appears to have intensified with the Daily Mirror claiming the 20 captains have now banded together to reject the plans, which one skipper is believed to have branded ‘disgusting’.

When an employee is placed on furlough they are temporarily put on a leave of absence and not paid, although they remain on the payroll, meaning that they do not lose their job.

This could be because there is no work for these employees, or that the company is not able to afford to pay them, because of the effects of the coronavirus crisis.

In the United Kingdom, the Government is offering to pay 80 per cent of a furloughed employee’s wages, up to £2,500 per month, until they are able to resume their job full time.

The Coronavirus Job Retention Scheme will last for at least three months from March 1.

The report claims the players are committed to making considerable financial sacrifices, but insist their money go to charities as opposed to heading straight back to affluent club owners.

But it also claims the main sticking point remains the general approach, because different clubs are going directly to players and trying to bully them into signing renegotiated contracts.

Do As I Say: City’s Walker wants public indoors but hosts sex party