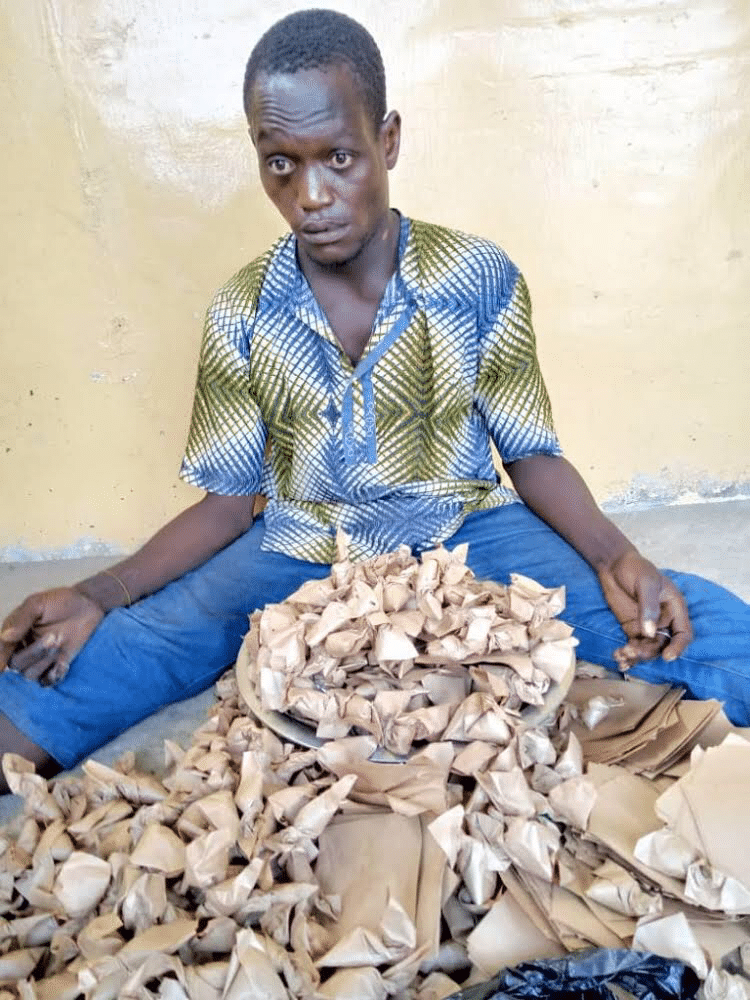 A physically challenged man, Ibrahim Aremu (aka Jenromi), was last Sunday arrested by men of the Ogun State police command for allegedly being in possession of not less than 300 wraps of weeds suspected to be Indian hemp.

The suspect, according to the police imagemaker in Ogun, DSP Abimbola Oyeyemi, was arrested following information received by the police at Enugada division about his activities as a leader of a cult group, who the police said had been terrorising Itun Seriki community, Totoro in Abeokuta.

Police said, “further information about the suspect revealed that he is also a big time dealer of illicit drugs”; adding that “his cult group always uses his abode as their meeting point from where they do plan how to carry out their notorious activities.”

“On receiving the information, the DPO Enugada division mobilized his men to the scene where the suspect was promptly arrested, while some of his accomplices escaped. About 300 wraps of weeds suspected to be Indian hemp was recovered from him,” Oyeyemi said.

Meanwhile, the State Commissioner of Police, Kenneth Ebrimson, has ordered the immediate transfer of the suspect to state criminal investigation and intelligence department for further investigation and prosecution.

Related Topics:drugsMetroPhysically challenged
Up Next

Adamawa gets new Commissioner of Police