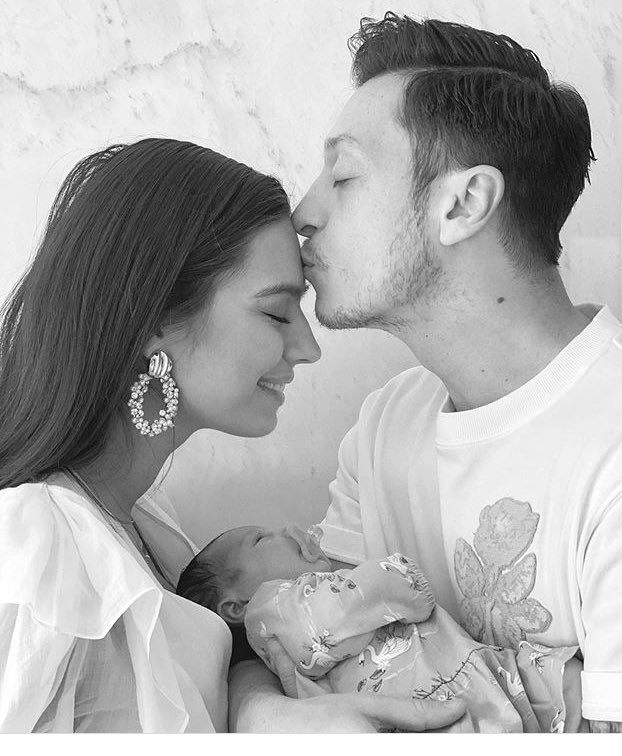 Arsenal star, Mesut Ozil, has announced the birth of his first child with his wife Amine.

Ozil announced the birth after publishing a picture of his newborn daughter, his wife and himself.

“Thank God our daughter “Eda” was born healthy. God willing us to be a good son to his environment and all humanity.”

Following the announcement, Arsenal football club sent a congratulatory message to the former German international and his wife.

“Welcome to the Arsenal family, Eda,” the club wrote on Twitter.

Ozil joined Arsenal from Real Madrid in 2013 and has gone on to win three FA Cups and Community Shield.

CAF: No plans to cancel any competition for Coronavirus