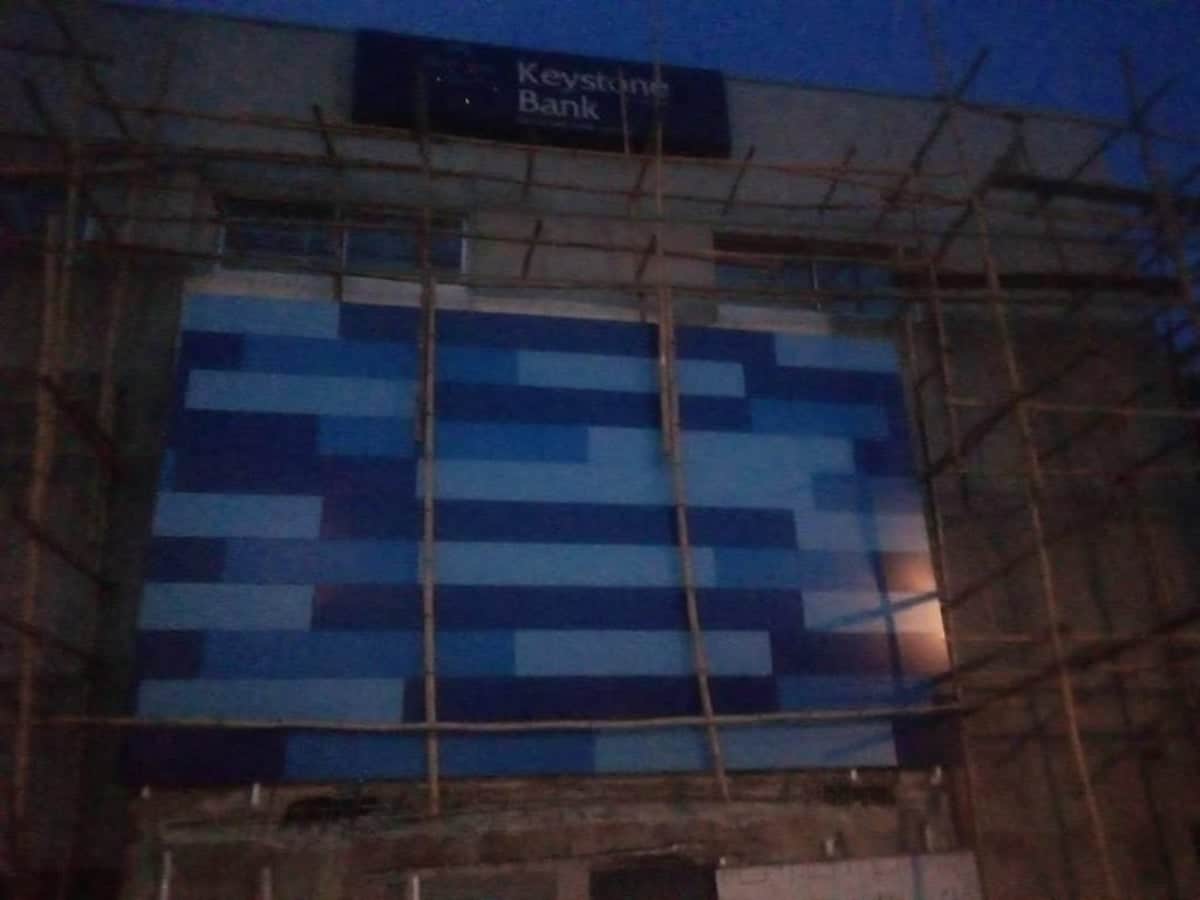 The Lagos State Emergency Management Agency (LASEMA) has said that a male labourer lost his life when a building accommodating the Palmgrove branch of Keystone Bank collapsed.

The incident, which occurred Saturday evening, happened during renovation of the said building. Contractors were on site.

A trapped male labourer, Ezekiel Ajibola, aged 35yrs, was extracted from beneath the collapsed structure by the combined effort of the LASEMA Rescue Unit and Lagos Fire Service.

LASEMA said: “Upon arrival at the scene of the incident, it was discovered that a one storey building belonging to KEYSTONE Bank collapsed while being renovated.

“However, an adult male labourer lost his life in an operation where the trapped adult male (Ezekiel Ajibola, aged 35yrs) has was being recovered from under the collapsed structure by the combined effort of the LRT and LASG fire with the aid of the agency’s light rescue equipment and handed over to Police Officers from Pedro Station.”

The statement added that the entire area has been cordoned off to prevent any secondary incident.