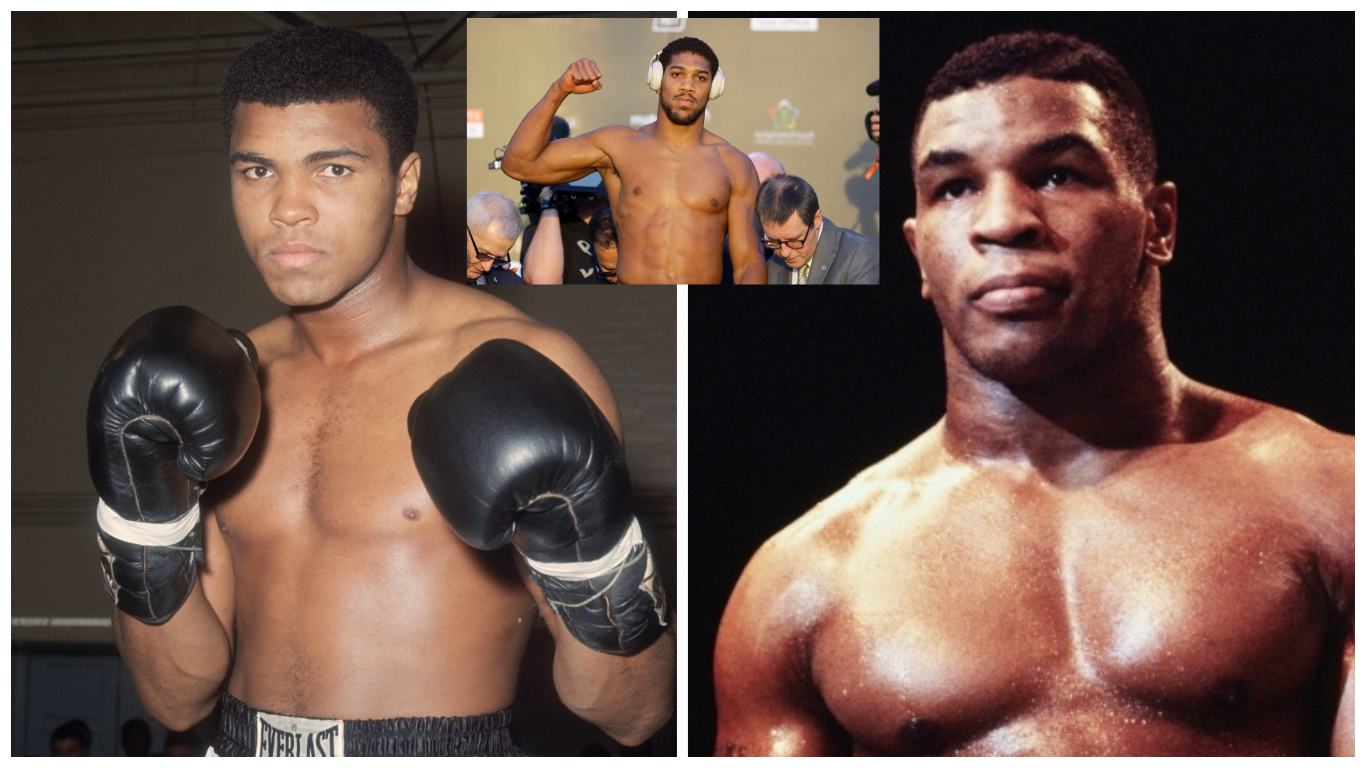 Current heavyweight king AJ picked Tyson to come out on top in the hypothetical clash of legendary champions.

Joshua said on a JD Sports Instagram Live: “It’s quite interesting because in the era of Muhammad Ali’s heavyweight reign, the heavyweights were ranked as the cruiserweights of the Mike Tyson era.

“With Lennox Lewis, you know how they started getting bigger, hence why in the amateurs they then created a super-heavyweight division.

“So Muhammad Ali wouldn’t have been a fully fledged heavyweight.

“So let’s say we bulked Muhammad Ali up and put size and strength to him, I truly believe Mike Tyson would’ve won.

“The reason being when you watch the fight with Joe Frazier and Muhammad Ali, you see a certain Tyson-esque to Frazier’s style.

“Tyson used to study that Joe Frazier. The moving, the hooks. He managed to put Ali down in the fight, it was a very tough fight for Ali.

“So I think that Mike Tyson would’ve won, in my humble opinion.”

The post Joshua picks the winner Mike Tyson vs Muhammad Ali in their prime appeared first on Sporting Life.