Actress, Etinosa has told the general overseer of the Redeemed Christian Church Of God, Pastor Enoch Adeboye that she can cook very well. 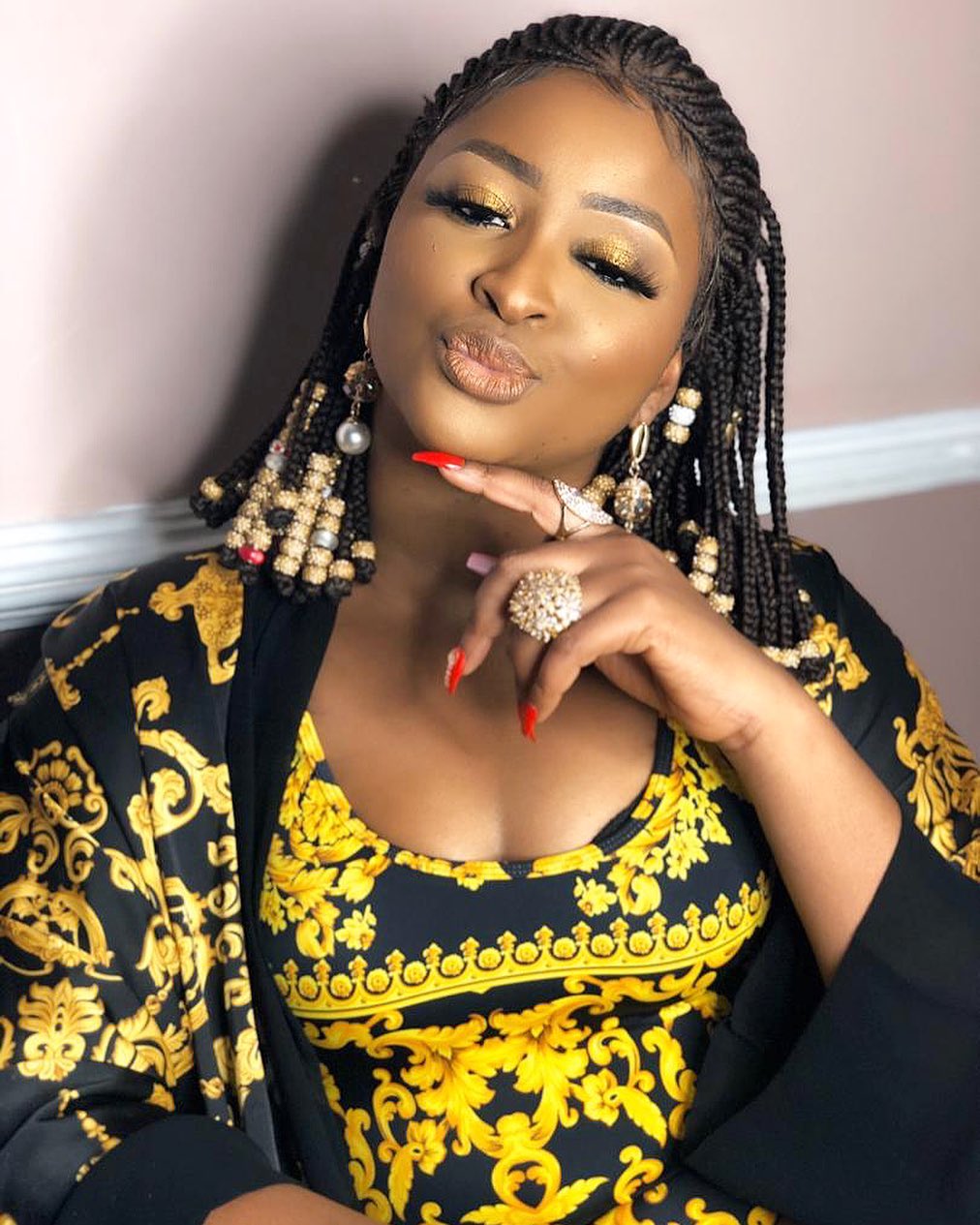 This is coming after a controversial tweet that came from the man of God where he advised men not to marry a woman that does not know how to cook.

The controversial actress however shared a new picture of her striking a pose in the kitchen telling Pastor Adeboye that she can cook. 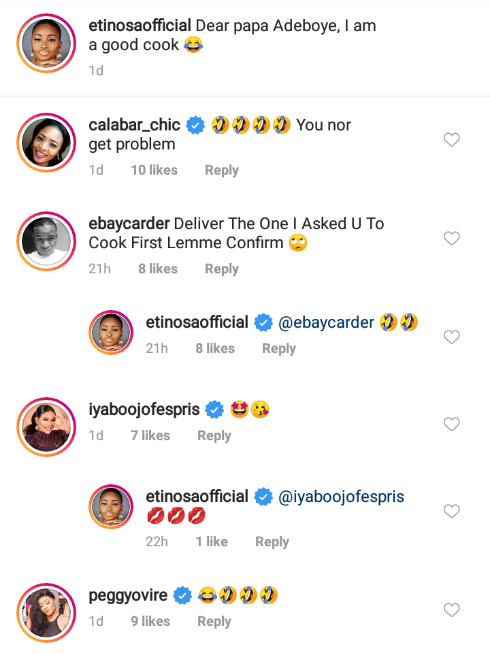 Davido claims he’s run out of money, says he never had the 30 Billion.