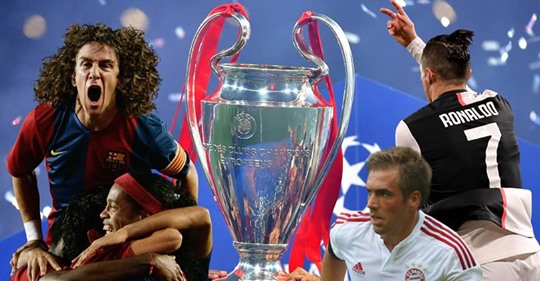 UEFA have had the unforgiving task of picking an all-time Champions League XI, and only one English player has made the cut.

In what is a formidable side, former Real Madrid goalkeeper Iker Casillas features between the sticks.

The Spaniard made over 500 appearances for Los Blancos during a successful 16 year spell with the club, and deservedly finds himself in the team alongside some former teammates. 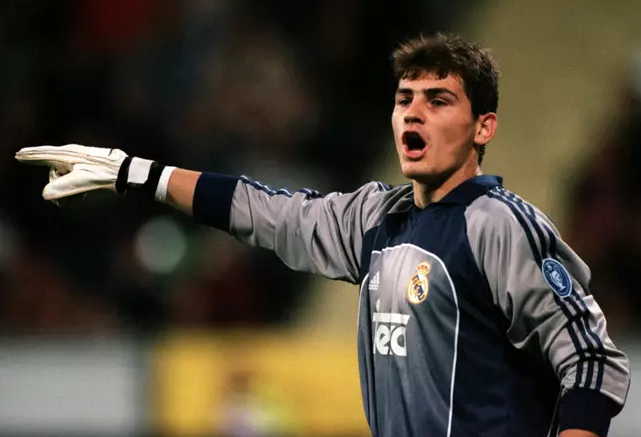 In terms of the midfield, Steven Gerrard is the only English player to feature in the side. The former Liverpool captain was a huge part of the club’s famous 2005 Champions League comeback against AC Milan, where he scored that looping header to get Rafael Benitez’s side back in the game. 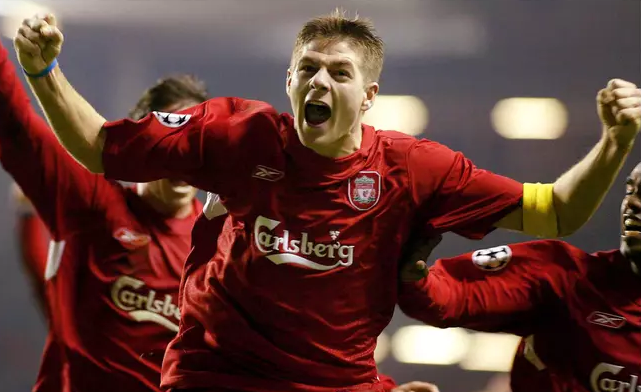 He, like Casillas, made over 500 appearances for his club and deservedly makes his way into the all-time XI.

Meanwhile, rather predictably, Barcelona pair Xavi and Iniesta make up the three man midfield; a duo that helped the Catalan giants to dominate Europe for years in the 00’s.

To top things off, a front three of Thierry Henry, Lionel Messi and Cristiano Ronaldo speaks for itself.

In total, Cristiano Ronaldo has been part of UEFA’s team of the year a record 14 times, while Messi has secured a spot 11 times. 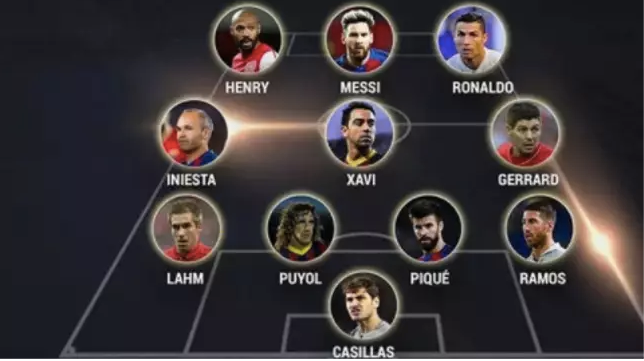 Read Also: Iker Casillas: ‘I would like to return to Real Madrid one day’