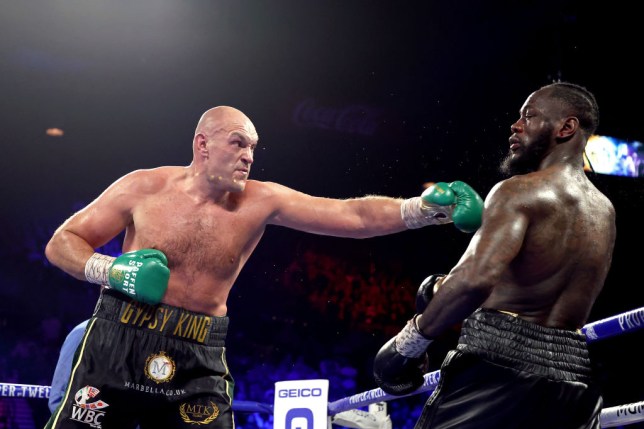 Tyson Fury is set to fight Deontay Wilder in October due to the ongoing coronavirus pandemic.

The heavyweights’ trilogy fight was originally pencilled in for 18 July in Las Vegas, but boxing is currently suspended in the UK and flights to America barred as the world tries to arrest the spread of coronavirus.

Reports revealed last week that the July date was under serious threat and Fury’s co-promoter Bob Arum has now confirmed the fight had been postponed.

‘Clearly not,’ Arum told ESPN when asked if 18 July was still the Fury vs Wilder III date.

‘We don’t even know if the MGM will even be open by then. You could not guarantee the fighters that the event would take place on that date. We couldn’t convince them or ourselves.

‘Where were they going to train for it? It just made no sense. You just have to take a step back. How are you going to sell tickets? It’s absolutely ridiculous to say the fight is on when the Brits can’t even get there.’

MGM Resorts is currently closed in Las Vegas, with casinos shut and events put on hold until further notice.

Fury is currently unable to travel to America, which would present an issue for the WBC champion as his trainer, SugarHill Steward, is based in the US.

The British star has held his last four training camps in America, but the UK is on lockdown for the foreseeable future. Arum confirmed October was now the target for the trilogy fight.

‘Everybody has to take a step back. Boxing is not isolated. It’s part of what’s happening in the world,’ Arum continued.

‘So possibly the fight will be in early October.’

Fury has urged people to join the fight to beat coronavirus and follow Boris Johnson’s pleas to stay at home.