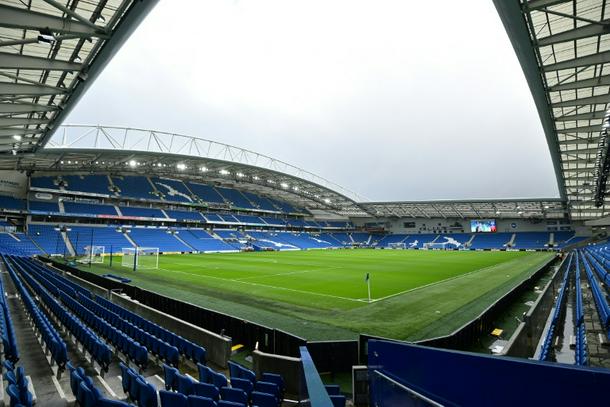 Brighton have kicked off a club-to-club “baton” system for donating match tickets to frontline healthcare workers fighting the coronavirus pandemic as Watford offered the use of their stadium to a local hospital.

Premier League strugglers Brighton announced they had decided to donate 1,000 tickets to workers battling the crisis and have invited others in the Premier League, English Football League, Scotland and Northern Ireland to do the same when football resumes.

“We are working on a range of things across all areas of the community and I hope this will just be the start,” said chief executive and deputy chairman Paul Barber.

“We fully appreciate football is the last thing on anyone’s minds at this moment, but we feel this is a small way in which we can show our gratitude for those NHS (National Health Service) staff on the frontline who are fighting the battle on behalf of all of us and give them something to look forward to.”

Barber suggested a club-to-club baton system and nominated south-coast rivals Bournemouth as the next in line.

Bournemouth chairman Jeff Mostyn was keen to rise to the challenge, saying: “We are absolutely delighted to match Brighton’s gesture and commit to 1,000 tickets.”

Fellow Premier League side Watford have offered the use of their Vicarage Road stadium to Watford General Hospital.

With football in England postponed until April 30 at the earliest, Watford are set to open up the ground for a range of NHS purposes.

“We need to forget football right now and concentrate on doing all we can to support the NHS and, in particular, Watford General Hospital,” Watford chairman and chief executive Scott Duxbury said in a joint statement announcing the move.

“Right now, we are doing all we can to make sure we can focus on caring for our sickest patients. We have found ourselves needing extra space very quickly,” she said.

“For example, we are running refresher training to our clinical staff so that they can care for patients with breathing difficulties.”