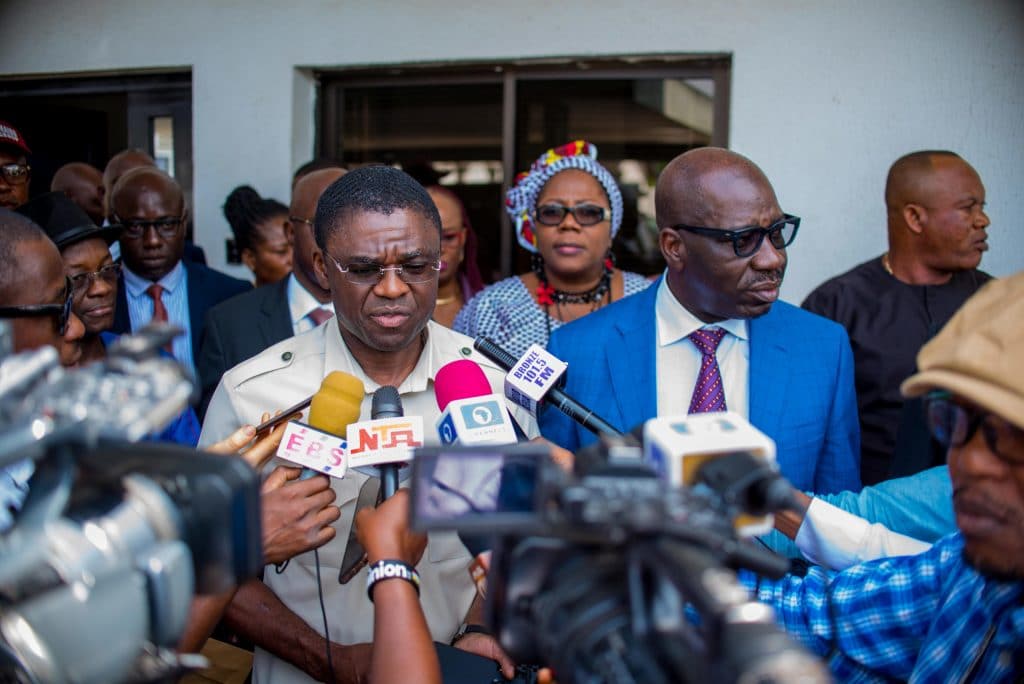 As part of its efforts to tackle the spread of Coronavirus, the Edo State Government has ordered the relocation of major markets in Benin City, to any nearby public schools for one week, with effect from 12:00am Tuesday (midnight).

The Deputy Governor of the state, Rt. Hon. Comrade Phillip Shaibu, who made this known during a meeting with leaders of market women; explained that the decision was taken in order to allow for a proper fumigation of all the markets in the metropolis.

Shaibu, however, debunked the rumour making the rounds in the state that Governor Godwin Obaseki was down with the dreaded disease, insisting that he (Obaseki) was hale and hearty and only went on self-isolation after meeting Mr. Abba Kyari, the Chief of Staff to President Muhammadu Buhari in Abuja.

According to him, the state Public Works Volunteers (PUWOV) have been mandated to maintain peace at the markets, noting that armed policemen and officials of the National Security and Civil Defence Corps (NSCDC) will not be allowed into the premises as they will be outside to maintain peace while traders in these market will be relocated to public primary and secondary schools pending the fumigation of the markets.

“Only 50 dealers of foodstuffs will be accommodated at each of the temporary markets while the rest of their colleagues will have to wait till March 15 when the markets reopen after the fumigation.

“Only the fumigators will be given access to these markets for the duration of the exercise.”

Meanwhile, the state government has mandated anyone leaving his or her home to public places to at all time use facemask, saying anyone who flouts this would be prosecuted accordingly.

“This is why the state government would be liaising with some textile merchants and tailors for mass production of the facemasks so that people can afford it.

“Government has mandated that if at all you must leave your home for public places, you must use a facemask. You can make a local one for yourself. You can use your handkerchief as well.”