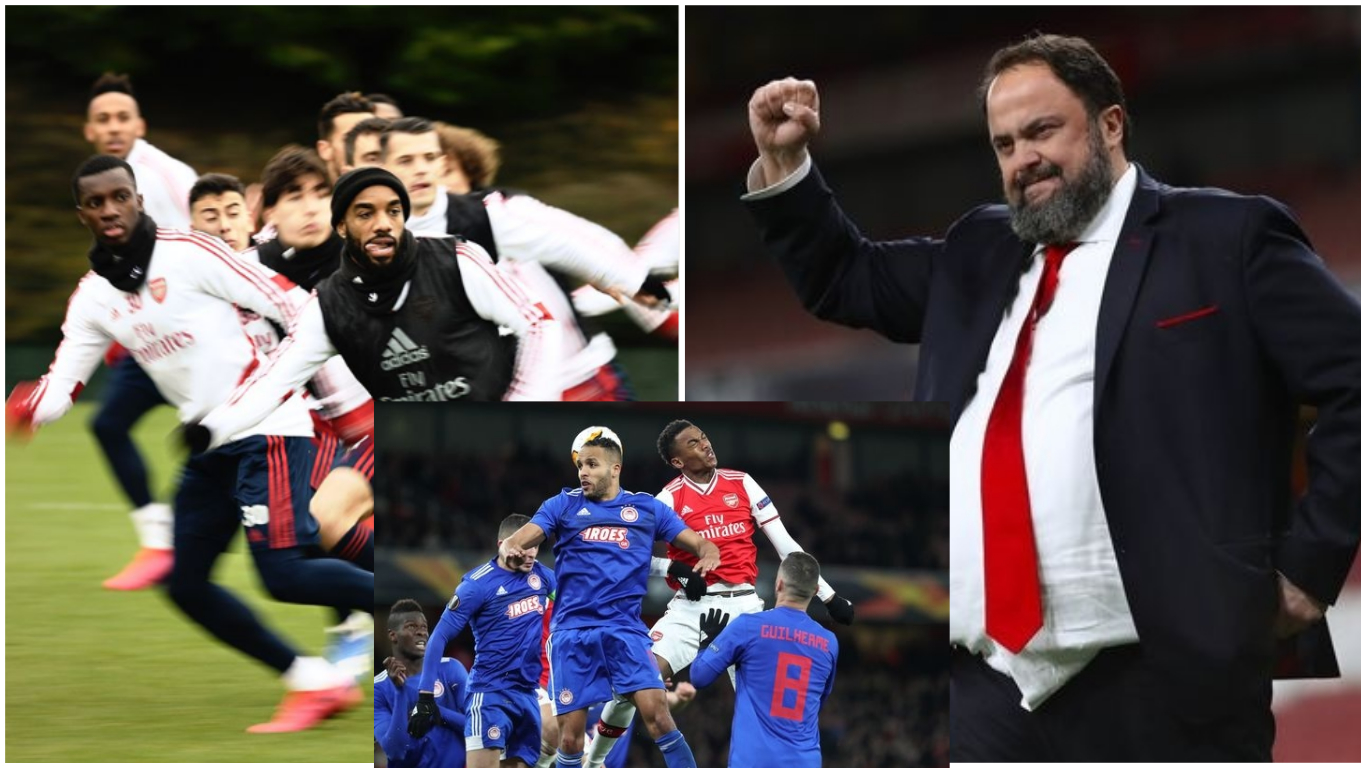 A number of Arsenal players are in 14-day quarantine after coming into contact with Olympiakos chief Evangelos Marinakis who was diagnosed with coronavirus recently.

It has already seen the Premier League postpone their clash against Manchester City on Wednesday night.

The Gunners had faced Olympiakos in the Europa League over two legs with several players meeting the club owner.

Some members of Arsenal’s staff also sat near him in the stands as the match went on.

The club say they are abiding by government guidelines.

It rules that anyone that has come into contact with anyone with the disease they must self-isolate themselves for two weeks.

In a statement, Arsenal said: “Following yesterday’s news that Olympiacos owner Evangelos Marinakis has recently contracted Covid-19, we have been taking medical advice and tracing any individuals who had what the guidelines define as close contact with him at the game 13 days ago.

“As a result of this exercise we identified that a number of players met the Olympiacos owner immediately following the game.

“The medical advice we have received puts the risk of them developing Covid-19 at extremely low.

“However, we are strictly following the Government guidelines which recommend that anyone coming into close contact with someone with the virus should self-isolate at home for 14 days from the last time they had contact.”

It has not been specified how many players have been forced into quarantine or who.

But it remains to be seen what will happen to the matches within this 14-day period in which Arsenal will have players out.

However, the statement continued to say that they will prepare for their weekend’s match as normal.

It said: “Everyone at Arsenal Football Club wishes Mr Marinakis a swift recovery and we look forward to the players and staff returning to work on Friday in preparation for our match at Brighton.”

It is the latest incident in football that has been affected by the disease – with the Champions League and Europa League also taking hits.

BREAKING: Man City vs Arsenal off amid coronavirus fears

Odunayo Eweniyi: How we built PiggyVest through multiple trials

Shehu Sani reveals where Buhari will meet Dangiwa after 2023